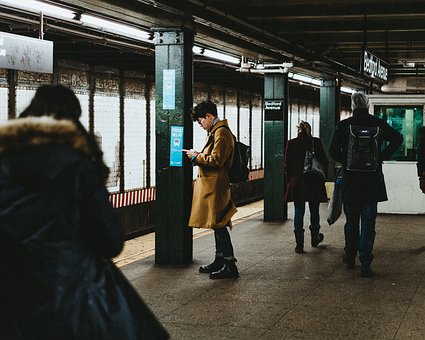 According to AAA, an estimated 115.6 million Americans were expected to travel this holiday season. That was a 3.9% increase from last year and includes plane, train, automobile, bus and cruise travel. AAA expected that more than 853,000 would call for some type of help. On an average there is a one out of five chance of a delay but on December 26th you can expect a 66% chance of delayed service. And for the 21st year in a row, Atlanta, GA is the world’s busiest airport! That is a lot of travelers for one season.

Throughout the Advent season, without realizing it, we have heard a lot about travel.

At that time the Roman emperor, Augustus, decreed that a census should be taken throughout the Roman Empire.2 (This was the first census taken when Quirinius was governor of Syria.)3 All returned to their own ancestral towns to register for this census.4 And because Joseph was a descendant of King David, he had to go to Bethlehem in Judea, David’s ancient home. He traveled there from the village of Nazareth in Galilee.5 He took with him Mary, his fiancée, who was now obviously pregnant.              Luke 2:1-5 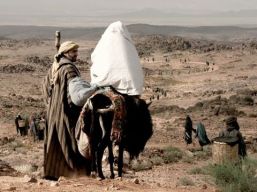 The Bible is not written like a novel so we don’t have a detailed play by play of the actual travel but we know that every Jewish household had to register in their tribal capital. That equals a lot of people traveling by foot, donkey, camel and wagon caravan. The trip from Nazareth to Bethlehem would be a grueling 90 miles up and down some treacherous mountain roads.

Jesus was born in Bethlehem in Judea, during the reign of King Herod. About that time some wise men from eastern lands arrived in Jerusalem, asking,2 “Where is the newborn king of the Jews? We saw his star as it rose, and we have come to worship him.”              Matt 2:1-2

These wisemen from the East were astrologers that had obviously studied the Hebrew scripture possibly left by Daniel.  They may have come from Iran, Iraq, Saudi Arabia or Southern Turkey. The distance from Persia to Bethlehem (maybe up to 9000 miles) traveling over varied rugged terrain for months would be so long and tiring. Yet they journeyed on in their quest to seek the Christ Child.

Friend, in the past year did you become weary in your journey?  Did life take unexpected twists and turns that made you feel weak and vulnerable? Do you feel like you have lost your way or that somehow your dream is just too far off to ever reach? God never promised an easy carefree life but He did tell us that we are never alone.  He does promise to give us a renewed vision and the strength to reach our goals step by step when they are in line with His word.

Here are just a few scriptures to hold onto as we begin the New Year:

This is my command—be strong and courageous! Do not be afraid or discouraged. For the Lord your God is with you wherever you go.”  Josh 1:9

Trust in the Lord with all your heart; do not depend on your own understanding.6 Seek his will in all you do, and he will show you which path to take.     Prov 3:5-6

It is my prayer that we all start off the New Year on the right foot and step by step journey into 2020 with confidence and strength in God’s power, protection, and provision for the way.