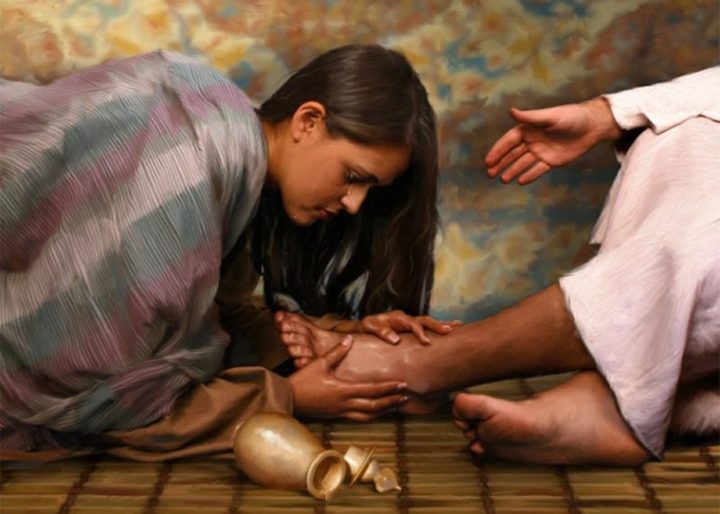 During Holy Week we spend time pausing for prayer and reflection on all that happened to our Lord Jesus His last week on earth. Worship comes from the core of who the worshipper is and what God means to them. Worship is not about a place but the posture of the heart. True worship is directed towards God and His message of great love and forgiveness not the messenger. Prayer, praise, poems and music, whether private or corporate, are all forms of expression used in worship. A true worship experience should change your heart and mind because you have spent time in God’s presence.

Six days before the Passover, Jesus therefore came to Bethany, where Lazarus was, whom Jesus had raised from the dead. 2 So they gave a dinner for him there. Martha served, and Lazarus was one of those reclining with him at table. 3  Mary therefore took a pound of expensive ointment made from pure nard, and anointed the feet of Jesus and wiped his feet with her hair. The house was filled with the fragrance of the perfume. 4 But Judas Iscariot, one of his disciples (he who was about to betray him), said, 5 “Why was this ointment not sold for three hundred denarii and given to the poor?” 6 He said this, not because he cared about the poor, but because he was a thief, and having charge of the moneybag he used to help himself to what was put into it. 7 Jesus said, “Leave her alone, so that she may keep it for the day of my burial. 8 For the poor you always have with you, but you do not always have me.” John 12:1-8 (ESV)

This is the second time we know of that Jesus was anointed with a jar of costly perfume. The first time was at a dinner with some Pharisees. A woman with a questionable character entered the place crying at His feet with great sorrow for her sin and in worship of the only One who could forgive and redeem her life. ( see Luke 7:36-50)

In this passage in John, Jesus is spending time with some dear friends before heading to Jerusalem for Passover. Lazarus is resting as close as he can get to Jesus. Mary does what she does best by showing great hospitality and Mary washed Jesus’s feet using expensive nard and tears of love. Mary took the role of a servant by washing His feet; the very example Jesus would soon be giving His disciples .

The next day the large crowd that had come to the feast heard that Jesus was coming to Jerusalem. 13 So they took branches of palm trees and went out to meet him, crying out, “Hosanna! Blessed is he who comes in the name of the Lord, even the King of Israel!” John 12:12-13 (ESV)

How can we show love and gratitude toward our Savior? How should we worship a Holy God?

Jesus said to him, “I am the way, and the truth, and the life. No one comes to the Father except through me. John 14:6 (ESV)

We worship the eternal God and Father Who is Almighty, all knowing and always present. He is our Creator, Sustainer, Redeemer and Friend. Our posture in prayer should be one of awe with hearts wide open. God loved us so much that He sent His only Son to take the punishment for our sin and die in our place. He did this willingly and not because of anything good or deserving we have done but because of Who He is.

Come, let us worship The King. 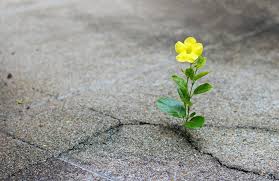 We call today “Good Friday” but over 2000 years ago it was anything but good.  The disciples of Jesus’ whole world had been turned upside down in one day. Confusion,

Disbelief, Fear, Heartbreak and Shock were just a few of the emotions they were feeling. Rabbi, healer, miracle worker, they believed Jesus was The Messiah! The band of friends had just celebrated Passover together. It couldn’t possibly be real – it didn’t make sense – but they watched with their own eyes as the soldiers nailed Him to a cross like a vile criminal!

Some of the men and women, faithful followers of Jesus, gathered together trying to grasp the situation and others were in hiding. It was now the Sabbath and there was nothing they could do. How could everything go wrong in such a short time? He hadn’t done anything to deserve what happened. The disciples had put all their hope in Him and now it seemed gone.

While  Jesus hung on the cross He forgave the repentant thief, showing us that it is never to late to ask for forgiveness until our last breath.  On Passover HE provided the one and only perfect, holy and final sacrifice. His last cry  “It is finished” was not a cry of defeat but of victory.  The Temple curtain kept everyone and everything away from the holiness of God.  When the massive curtain tore in half it showed the access we now have to come before a Holy God through Jesus’s own blood sacrifice.

Jesus’ body had been quickly laid in a borrowed tomb just before Sabbath began. Early the next morning a few women gathered to go to the tomb and properly prepare His body for burial as was tradition.  They wondered how they would move the stone sealing the grave and if the soldiers would give them grief.

But as they approached the burial site they were shocked to see the stone had already been rolled away….

Jesus is alive! He soon after met with them, ate with them and explained the Scriptures about Himself. Christians around the world celebrate Easter because our hope is not based on earthly wishful thinking but assurance from God. Jesus’ sacrifice provides forgiveness and restoration in our relationship with The Father. His resurrection offers us power and victory for everyday.

Tragedy can strike quickly and indiscriminately and it may seem hopeless. We are left reeling to try and make sense of the circumstances and figure out the next steps. That’s how the disciples felt on Good Friday.  Right now our daily lives are disrupted, loved ones are distanced and many people have died.  But Our Hope is Alive!

For God so loved the world, that he gave his only Son, that whoever believes in him should not perish but have eternal life.        John 3:16

For we do not have a high priest who is unable to sympathize with our weaknesses, but one who in every respect has been tempted as we are, yet without sin. 16  Let us then with confidence draw near to the throne of grace, that we may receive mercy and find grace to help in time of need.         Heb 4:15-16

We have this as a sure and steadfast anchor of the soul, a hope that enters into the inner place behind the curtain,      Heb 6:19

We are loved.  We have help. We have hope. We can have peace.

God sent His Son, they called Him Jesus,

He came to love, heal and forgive

He lived and died to buy my pardon

An empty grave is there to prove my Savior lives.

Because He lives I can face tomorrow

Because He lives  all fear is gone

Because I know He holds the future,

And life is worth the living just because He lives!

God is our refuge and strength, a very present help in trouble. Therefore we will not fear, though the earth should change…        Psalm 46:1-2a