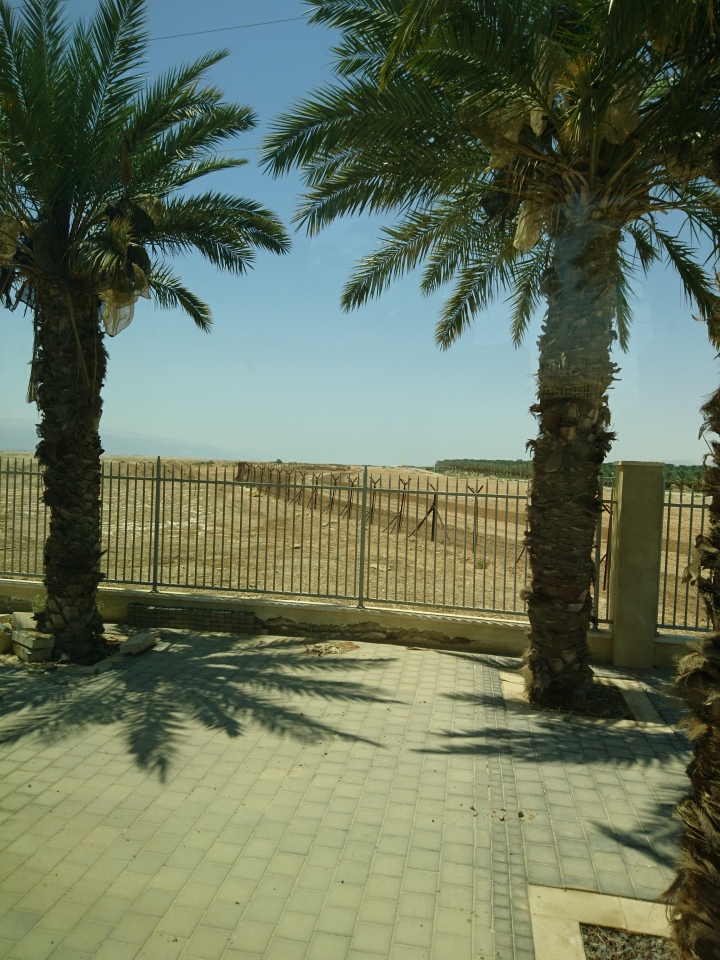 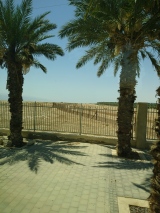 Jericho, “the City of Palms”, is and was an oasis in a very dry and mountainous land due to an ancient stream running through it.  After Jerusalem, it is the most excavated site in Israel and archaeologists have marked it as “the oldest city in the world” due to layers of artifacts dating to the Neolithic age. Today it lies within the Palestinian territory of the West Bank near the Jordan River.

During Jesus’ lifetime the Jericho road, which led to Jerusalem, was well traveled but quite dangerous. Caravans full of cargo, military personnel and pilgrims heading to Jerusalem would all use this roadway. The trip from Jerusalem to Jericho was approximately 18 miles and would descend more than a half mile in elevation.  Jericho is the lowest city in the world at 850 ft below sea level. Because of the isolated terrain, people were a target for bandits who had plenty of places to hide.

Herod had built his winter palace there and the city catered to the rich and powerful. It

was also a designated home for the priests and Levites on roster to serve at the Temple. A perfect place for a tax collector named Zacchaeus.  The blind and lame would have been sitting along the road begging for alms.

30 Jesus replied with a story: “A Jewish man was traveling on a trip from Jerusalem to Jericho, and he was attacked by bandits. They stripped him of his clothes, beat him up, and left him half dead beside the road.31 “By chance a priest came along. But when he saw the man lying there, he crossed to the other side of the road and passed him by.32 A Temple assistant walked over and looked at him lying there, but he also passed by on the 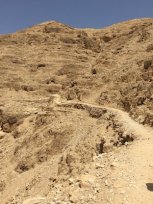 other side.33 “Then a despised Samaritan came along, and when he saw the man, he felt compassion for him.34 Going over to him, the Samaritan soothed his wounds with olive oil and wine and bandaged them. Then he put the man on his own donkey and took him to an inn, where he took care of him.35 The next day he handed the innkeeper two silver coins, telling him, ‘Take care of this man. If his bill runs higher than this, I’ll pay you the next time I’m here.’36 “Now which of these three would you say was a neighbor to the man who was attacked by bandits?” Jesus asked.37 The man replied, “The one who showed him mercy.” Then Jesus said, “Yes, now go and do the same.”

Jesus’ audience would have circled in to listen carefully. They understood the characters, dangers and the severe terrain. Neither a priest nor a Levite would want to ceremonially defile himself. It would have caused a great inconvenience of time and money. So instead they see the need but pass by on the other side. Jesus goes on to describe a despised Samaritan, who stops, sees and goes above and beyond to show deep love and mercy towards another human in great need.

This parable applies throughout the centuries. We should see needs and stop to help or get involved if we can. NO, we can’t help everyone. The needs of today are so far and wide – in our neighborhood and across the globe. But we ALL can make a difference in ONE person’s life. Ask God to open your eyes, don’t just pass by. Be like the Samaritan who didn’t see ethnic, social or economical differences but instead a neighbor in need.

One thought on “Jericho – To Walk Where Jesus Walked part 4”

Look at the birds of the air, that they do not sow, nor reap nor gather into barns, and yet the Father feeds them. Are you not worth much more than them?  Matthew 7:26